First year Euromaster student, Elizabeth Weisswange, secured a competitive place at the University of Bologna and NATO’s summer school in 2016. She was sponsored by the School of Politics, Languages and International Studies to participate at the three-day course and two-day NATO modelling event.

Speaking about her experience, Elizabeth said, ‘I had the chance to represent the US, which first put me under a bit pressure, since the has a lot of power in NATO and I was thus often confronted with rather difficult decisions in the simulation. But thanks to the General who was present at all times and supported us throughout the whole simulation and coffee breaks, I became more and more comfortable with the role. All in all the week was a perfect mix of lectures and simulation, in which I learned more than I thought I could within one week. I enjoyed he lectures from different perspectives, both from the NATO and the academic side. And in the end we were able to apply the new knowledge in the simulation. I believe that this experience did not only teach me more about NATO and decision making procedures, but it was also a personal asset. I had the chance to get to know many interesting inspiring people and learnt a lot which will help me both in my personal and professional life in the future.’

Dr Maria Garcia, Director of Studies for the courses, says: ‘Getting so many of our master’s students accepted on this summer school is a testament to their high calibre, and I am delighted they enjoyed such a fantastic opportunity and that the Department was able to support Lora’s and Elizabeth’s travel to the event.’ 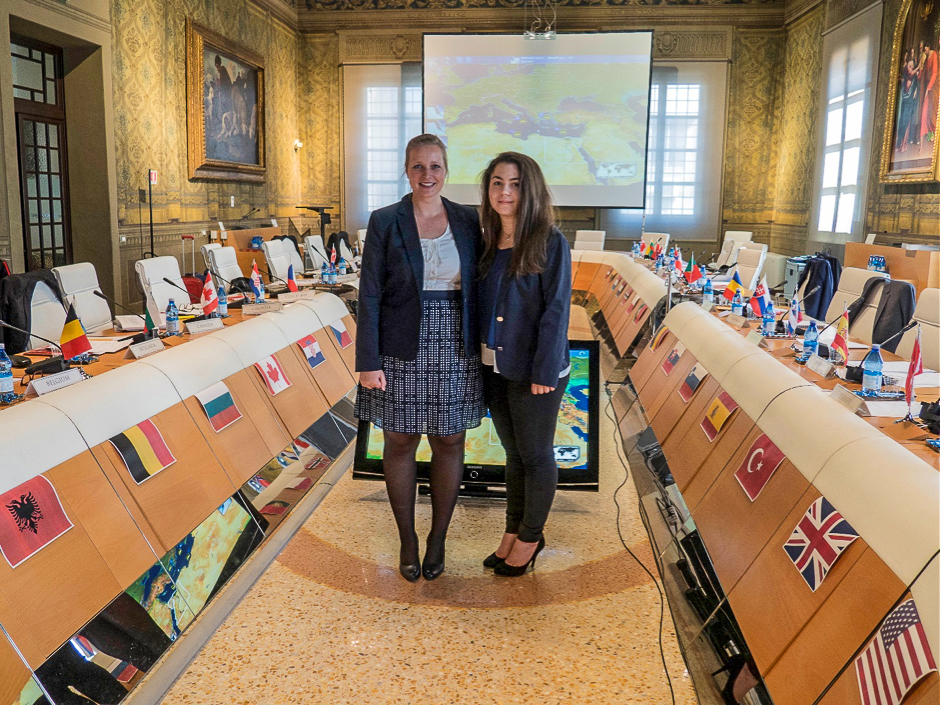